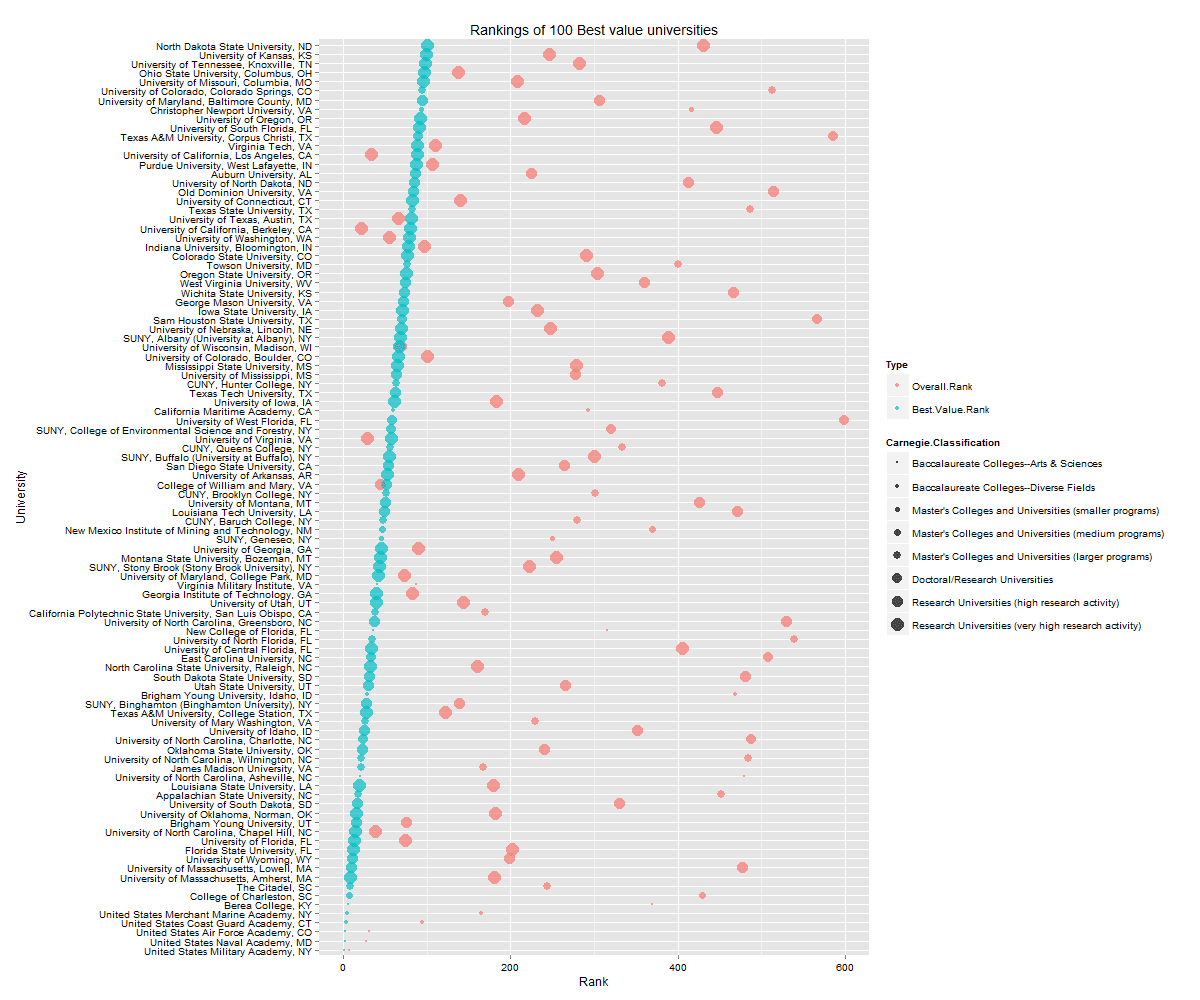 President Obama is pushing for higher education reform and the development of a rating system for Universities is a critical component of it. These ratings are likely to be based on several measures, such as graduation rates, earnings of graduates, and affordability of education. Discussions of these plans can be found in leading national news outlets. See here, here,  here, and here  to go through some discussions regarding these plans.
In July, Forbes, in partnership with the Center for College Affordability and Productivity (CCAP) produced a ranking of 650 schools in the country. Caroline Howard’s article in Forbes indicated that this ranking system emphasized outputs of colleges (e.g., graduation rates) rather than inputs (e.g., SAT scores of incoming students), which is similar to what President Obama is pushing for. In this post, I take a look at Forbes’ rankings of schools using interactive visualizations. These would suggest that several challenges lie ahead for any meaningful reform.
Tools used for generating these visualizations include R, ggplot2, googleVis, rCharts, and a shiny-server application. The relevant code and data files can be found here on github. I would appreciate your contacting me if you find any errors in the code or have any comments on this project.