Story and Photos by Eli Francovich (’15)

In Kathmandu, between a small mercantile shop and a tourists’ climbing gym, there is a bookstore owned by an elegant man named Kiran. He’s thin, graceful and spends most of his days reading, one leg crossed tightly over the other. The one-room shop is open to the street, no windows or walls separating it from the dust and movements of the city.

Kiran studied history at a university, but he never finished his degree, instead focusing on the shop. He’s worked there for 20 years. He reads most of the day, pausing occasionally to sell pencils to children or help someone find a book. 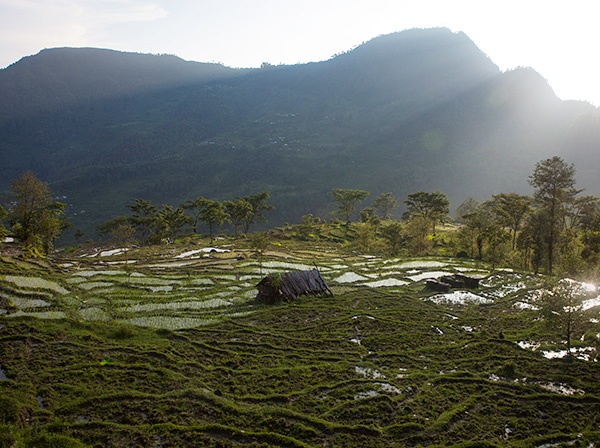 He’s passionate about Nepalese history. Everything currently happening in Nepal – the corruption, the tourism, the lack of jobs (outside tourism) he can and does connect to the past.

After two hours with him I felt the way I often felt after attending a good lecture at Gonzaga – intellectually full. Walking back to my hotel I passed a family of beggars on a street corner. A little girl followed me for two blocks, miming the act of eating. Her dark eyes were accented by the dirt smeared on her face. When we passed a restaurant full of upper-class Nepalese couples she left, better prospects in sight.

Only later would I connect the two events – talking to Kiran and being followed by the beggar child. Both were an expression of the same externalized reality, a reality that doesn’t separate a history lesson given on the side of the road from the needs of a homeless child. A reality that doesn’t allow you to hide behind walls, literal or otherwise.

Interacting with reality is one of the key missions of Gonzaga, and Jesuit education broadly. However, today’s cultural and intellectual landscape, of which Gonzaga is a part, has largely abandoned what could be characterized as St. Ignatius’ view of reality. We live in a compartmentalized world. Work here, play here, family here.

That requires that we do more than simply acknowledge difference in the world. Instead, we must face it bravely and intimately, on the street level. 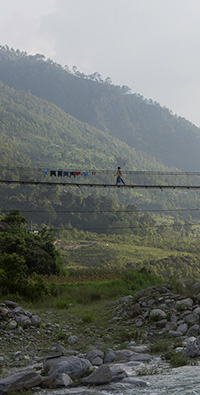 Gonzaga is quite good at the action portion of this equation. Volunteer opportunities abound, and the increasing focus on marketable skills and post-graduation opportunities is admirable.

Parents sending their children to Gonzaga hope they will be successful in a world of action. Few, if any, desire for their children to graduate from Gonzaga and take a vow of poverty living among the heroin addicts of their communities.

I don’t expect Gonzaga to stop providing opportunities to its students. As an alum, I’ve benefited tremendously from those opportunities. But my experience with those less fortunate than I has led to a recognition that there is an unsaid, yet widely understood, acceptance of the privileged space we’re inheriting as Gonzaga students and graduates.

I believe to maintain our Jesuit mission we must preserve the principles of experience rooted in a living context, while seriously reflecting on our actions and their impacts.

If we sacrifice these, the dominant goal of Gonzaga could become simple self-perpetuation. This would be tragic, both for students and for the communities benefiting from our service.

Kiran, the bookstore proprietor in Kathmandu, is immersed in the experience of Nepalese life. He never finished his degree, and has no network of influential classmates and alums upon which to draw. Yet he hasn’t stopped his intellectual pursuits and he hasn’t isolated himself from the world of the street.

Nearly two years removed from my time at Gonzaga, one thing is becoming increasingly clear. In a world of incessant movement, action quickly becomes cheap and meaningless if it’s not informed by experience and reflection.