Father’s Day is more than BBQs and jokes about dads with their lawnmowers and remote controls. Whether we talk about it or not, it’s a day to recognize just how tough it is to be a dad. It’s a high calling with great expectations – a role that some men find easier than others. And then there are the dads who have no biological ties but who want to be that solid presence in a child’s life; for them, Father’s Day can be a harsh reminder of where they belong – and where they don’t. Today as we honor all dads, we listen to one grad’s experience finding his way as a stepparent. 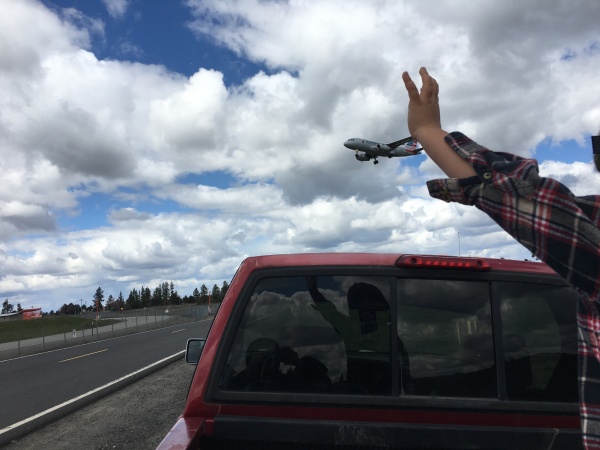 Then I yelled at him.

He stopped. And stared at me. Scared.

Guilty already I took his hand, and sat on the floor and tried to explain why. Why we wanted him to do something different. Why my patience was thin. Why.

The boy is not my son. But at the same time, he is my son. I’m a stepparent to a nearly four-year old with long dark hair so straight it could be a theater’s curtain.

When I yelled at him, I wondered if I’d overstepped my role as a stepparent – was this too far? Should I have let his mother handle it?

I’ve found that this is the delicate algebra of stepparenting. In a role that doesn’t have clear boundaries, I’m forced to constantly reexamine my actions and motivations to see if they are appropriate.

On Father’s Day (which was first celebrated in Spokane) the boy will spend the day with his biological father. And I will be left to examine and consider my role as a stepparent.

Some background. The boy spends the weekends with his dad. I have no biological children of my own.

This process has forced me to clarify my role and my intentions. The in-betweeness of stepparenting, the uncertainty of the whole endeavor, demands a level of self-reflection I wouldn’t be accessing if I could rest easily in a cleanly defined relationship.

That in-between space is hard. It’s hard to know that I will never be this child’s father, not fully. No matter how much I love him, and no matter how much he loves me, his father is another man. I can’t change biology.

It’s hard knowing that if, God forbid, his mother died, I would have no legal right to see him ever again. It’s painful knowing he will likely say at some point “You’re not my real dad.”

These realities force reflection. They force consideration. And they force me to reaffirm, daily, my commitment.

And, so as I sit on the floor debating whether it was appropriate to yell at him I’m reminded of a word – respect.

Re – from Latin meaning back. Spect, or in Latin specere to look at. Respect. The act of looking back at something. Or, looking at something again.

Stepparenting, for me, is a constant looking back. A constant reexamination of my role, my responsibilities, my actions and my commitments.

On Father’s Day, I won’t be a father. But, I will be a parent. Committed to reexamining and rethinking my relationship to a child.