Waking up this morning, I came to a realization that Hong Kong was one of the coolest cities I have ever been to besides my hometown of San Francisco. We stayed at a Holiday Inn Express that had an amazing view of all the skyscrapers. The last couple days in Hong Kong have been so interesting. Experiencing the culture of British influence on Hong Kong was eye opening. As we went to different places throughout Hong Kong such as the Victoria’s harbor or Lama Island I could not really compare it to anything I have ever seen in America. It was a real slow morning. As I went downstairs with my roommate Cory, we had breakfast and although the breakfast usually is great, we were still hungry and wanted one last taste of Hong Kong. We walked out into the humid air and trekked throughout the city. Wandering from bakery to bakery, we had to get something from each store. If you ever do come to a place like Hong Kong, do not forget to visit a bakery because it will not disappoint.  As we were waiting for our bus to come pick us up to take us to Shenzhen, we were looking forward to the next city and the next adventure. It was just a really long morning as we were still coping with the jet lag. We typically woke up around 5 a.m. to 6 a.m. A funny thing that happened that previous night was that I attempted to take a nap at 5:30 p.m. and woke up at 4 a.m. The wait til that 3 p.m. bus ride lasted forever. As all of us eventually boarded the charter bus, eyes eventually started shutting. People were out late walking around and exploring the city and were exhausted. Eventually, we had to get off the bus and go through customs twice to cross the Hong Kong and China border. The one thing I noticed in the customs was that it was really like we walked straight across the border. It did not feel anything like security. The security guards carry the metal detectors and they scan you, but it just did not compare to American security at all.  After the long bus ride and long day of traveling, we arrived at our next hotel. We stayed at the Crowne Plaza. As I checked into my room, I was expecting something like the Holiday Inn Express, but let me tell you that this room was the biggest hotel room I have ever stayed in. This room had a huge bathroom, a living room, and then two beds. I wish I could post more about my day for today, but I just wanted to share some of the experience with you all. It has been a wild journey so far and we have only been half way across the world for four days now. I can’t wait to see different cities such as Beijing and Shanghai. Hope you continue to follow along with this Gonzaga in China blog as we are such a passionate group of individuals. Who else would live out of their suitcase for a month in a place like China! 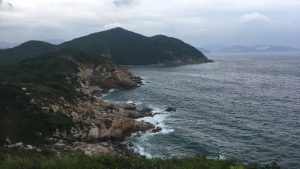 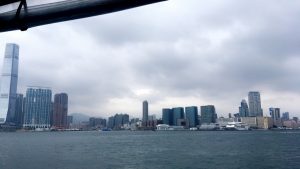 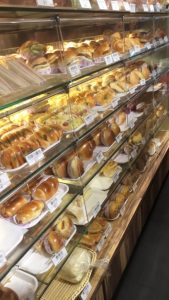