It’s interesting to reflect on the trip so far. As we are nearing the end of our trip, I feel really engulfed in the culture of China. I grew up speaking mandarin, so it has been interesting to hear and talk to different people from around China. Each city has their own specific style of mandarin and it has been hard to understand because I learned traditional mandarin. All in all it has been great to be able to communicate with the locals and I feel that the Gonzaga-in-China program should hold a one-day class that just teaches simple phrases in mandarin. Today was a really early morning as my roommate and I woke up around 7 am. We were still in Ningbo, which was a really interesting city. It is a quickly developing city and we could notice the differences between the developing city compared to Hong Kong and Beijing. We were staying at Ningbo University hotel and went downstairs for the free breakfast. I could not eat much, so I grabbed some of the really good bread buns stuffed with vegetables and meat they have. We have experienced a lot so far and Hong Kong feels like a year ago, but I found myself even more excited to get to Shanghai and experience that last bit of China. It was another long day of traveling for the group, but we took a lot of side trips to make it more interesting.

Our first destination after Ningbo was IDFL.com. We arrived there around 11:30 a.m. Their mission statement is: We will be the premier global laboratory and testing institute for filled textile products. It was a really interesting place and it was great to hear from a BYU graduate. His name was James Moore and h was the Managing director in China. He gave us some background of what the company was and their history. One thing he also did was talk to us about living in China and the different things about the culture compared to America. Some facts he gave us were that there are four offices in Europe, U.S. and China. They have over 5000 clients such as consumers, governments, and manufacturers. The client list ranges from Gap to Target to IKEA.. He also noted that there were a lot of competitors in the market, so it is important to stay ahead and deliver quality service.

Moore used to be a sales and marketing manager in Taiwan before coming to China. When asked about why he chose to move to China, he brought up his religious background. He decided to do a service trip after high school because his father did the same thing. His father got sent to Australia and said it was the time of his life and he wanted to follow in his father’s footsteps. He turned in an application for the service trip and they sent him to Taiwan and he fell in love with the place. In addition to that, he talked to us about life in China. He brought up how Americans might view the Chinese people as rude, but its not being rude. Its about surviving and getting from one destination to the next. That’s the one thing I noticed because we have been taking a lot of public transportation. Everybody just pushes and shoves each other, but Moore said that it was normal and nobody takes it personally. After talking about that, he brought up the key to a great life, which is being positive and loving within one’s home. It is important to marry right.

After hearing about life in China, we headed back on the bus, but we took a side trip to the original Green Tea Restaurant. We went to a chain restaurant in another city and it was really good, but the original was an intricate building on a lake. The meal was delicious as always and after we went to tour the Green Tea museum. We went tea tasting, which was really neat as well. There was so much history rooted just from tea drinking. After we headed back to the bus and traveled to Shanghai. It took us a really long time and didn’t get to the hotel until really late. We stayed at Howard Johnson hotel also called HuaHai hotel. We all turned in early because of the long exhausting day of traveling.  I cannot believe we have arrived to our last destination of China. We have to remember to keep open-minded and take every city as a whole new country. I’m looking forward to our next couple days and hope to make the best of the rest of the trip. 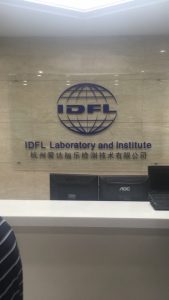 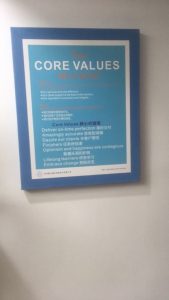 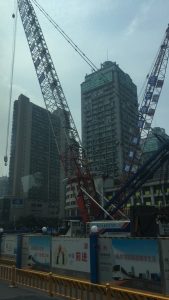 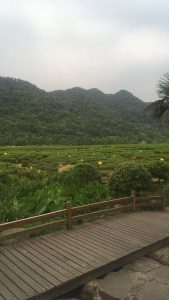 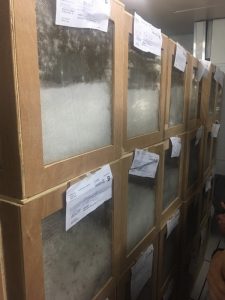 A Great Last Day in Beijing