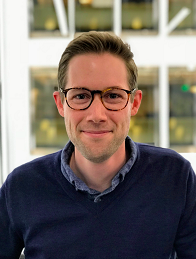 The opinions expressed here are Kevin O’Toole’s alone and do not reflect those of his employer.

I take semi-regular calls with Gonzaga seniors who are applying for jobs in the Silicon Valley and liberal arts majors trying to navigate the business world. On those calls, many of the liberal arts majors I speak with share that they believe or have been told by others that majoring in a liberal art is not valuable, practical, or employable in “the real world.” With respect to those students and their confidants – and despite the fact that I was a liberal arts major and consider the topic with some pretty implicit bias – they’re wrong.

The competencies a liberal arts education emphasizes – writing, synthesis, research, problem solving, argumentation, critical thinking – are the exact competencies all employers want. It is also what they need. Liberal arts majors are forced to deal with a lot of gray areas in their studies, and they do not have the luxury of dealing with black and white truths (as accounting, engineering, and mathematics do, for example), and it turns out people who can navigate ambiguity with strong critical thinking skills and humility tend to do pretty well in the business world.

I have become very familiar with “The Unemployable Argument.” I have been told variations of “My parents won’t help me with tuition if I major in [fill-in-the-blank-liberal-art], which is why I’m majoring in [fill-in-the-blank-business-or-engineering]”, or “I love [fill-in-the-blank-liberal-art], but have taken out too many loans to major in something that’s not practical” countless times. These have to be some of the least compelling things a possible employer can hear from an applicant, and they reek of a lack of agency. Moreover, sentiments like these are not grounded in data or logic; they are emblematic of plain wrong-thinking (which, ironically, liberal arts combats).

At Gonzaga, “The Unemployable Argument” provides a narrative opportunity to begin a campaign against “The Unemployable Fallacy”; the Gonzaga community can – and must – do a better job of addressing this for parents and students who believe that liberal arts majors are unemployable. That notion ignores:

Employment data shows that less than one-third of college graduates work in jobs directly related to their major; this should be justification enough for both a strong core curriculum and a liberal arts education. Good employers know that the most important investment any business can make is an investment in good people. Accordingly, they hire new employees not just for one job but for any number of future roles (hence the benefits of being well-rounded). Moreover, those same employers will teach their employees what they need to do to be successful functionally, but they will not have the time or inclination to teach what only a liberal arts education can provide but what all employers acutely need (e.g., with history and psychology and biology, research and evidence-based argumentation; with philosophy and religion and literature, insights into the human condition). College students should study widely while they can afford the luxury; the workplace will force them to narrow and specialize. The value of a liberal arts education is that it allows students to become acquainted with bodies of knowledge without concern for the bottom line.

In my world of technology and venture capital investing, where reading people matters much more than reading algorithms or income statements, we know that picking the right entrepreneur has an out sized impact on a business’ future success, much more so than the specific technology, product, market, or business model. The characteristic we care about most when it comes to picking those entrepreneurs is adaptability (as a subset of creativity). So far as I can tell, a liberal arts education – specifically a Catholic, Jesuit, liberal arts education – stands the best chance of enabling adaptability for the next wave of new-grads who enter the workforce.

The goal of academia is not to create high-paying jobs, it is to advance knowledge and empower students with the critical thinking skills they will need to navigate the ups, downs, and side-steps of life. With so much uncertainty in the world, we need good thinkers – classically-trained, critical thinkers – now more than ever. How to think, write, form an opinion, back it up, present it compellingly, and how to yield and learn and examine the world with bright eyes and optimism, despite all the facts, are baseline side effects of study in the liberal arts and what Gonzaga’s academic tradition offers in abundance.

For its long term viability as an authentically Catholic, Jesuit, liberal arts university, the Gonzaga community must deepen its commitment to empowering liberal arts majors and supporting more students in the pursuit of knowledge for its own sake. And don’t worry: there are plenty of tangential positive effects that approach will have for entering – and long term success within – a modern and evolving global workforce.